There is no question about it. The Left Coast is much more in step with making steps to be more environmentally aware than anywhere else where I have lived.

Visiting Burlington for Sam’s entry into the University of Vermont very much raised our awareness of the steps people can take. I posted some photos on Facebook during our orientation visit in June, 2013 where we saw trash centers that had multiple barrels for recycling and composting. Trash is termed “landfill” and perhaps that is a good term to use to get people to understand where it all is going. 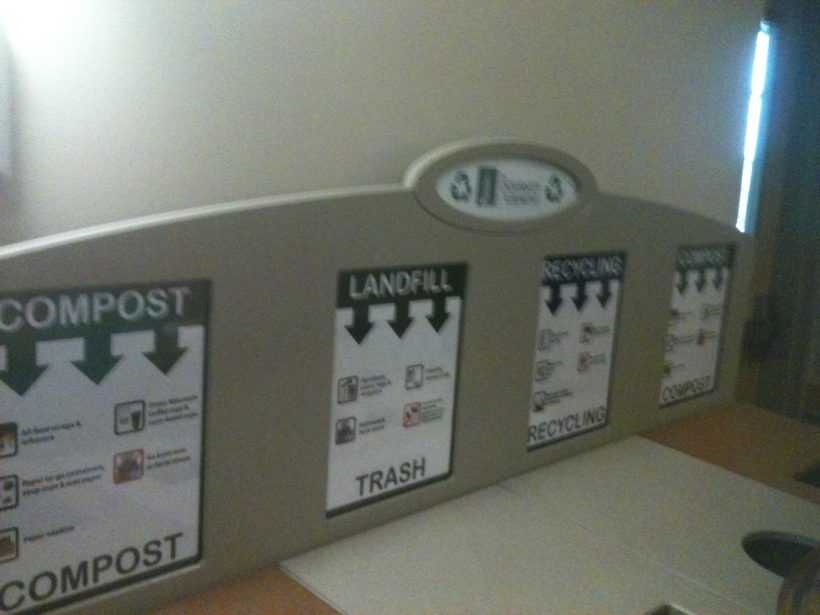 I also mentioned how the campus had banned selling water in bottles and offered numerous water stations where people could fill there own bottles, thereby reducing the use of plastic on the campus. 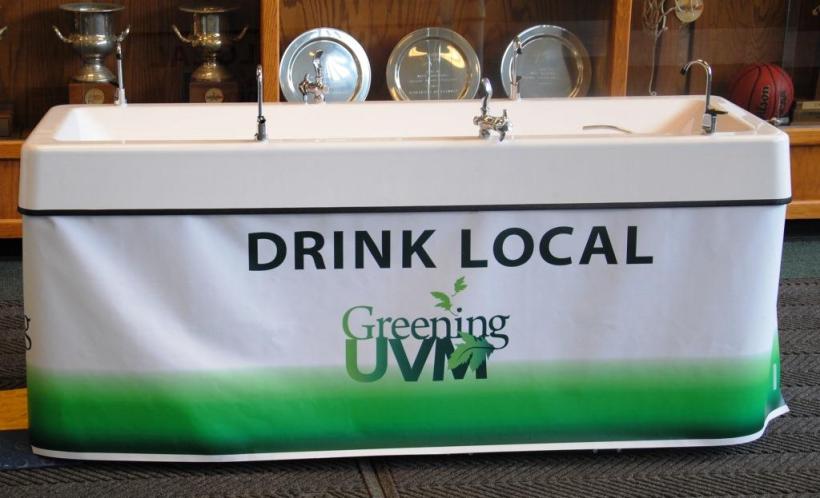 When I moved to Huntington, West Virginia I opted for recycling pick up and was surprised, but willing, to pay for the service. That service was poor, however and we cancelled after months when many pick-ups were no-show events. That company closed and the City was able to establish more recycling centers to make it more convenient for drop-offs. However, most people in Huntington, as well as when I lived in Nashville, Memphis, Pittsburgh, and West Hartford just don’t bother to recycle.

When we called WOW (Western Oregon Waste) to set up trash pick-up in McMinnville we were asked a number of questions to determine the size trash can that we needed.  The service fee between a small and large bin was $5 a month so we opted for the large bin. We also requested a large recycling bin (no extra charge). Trash is picked up once a week; the recycling every other week. Watching the pick up last week was interesting…the truck pulled up to our can placed near the curb, extended the arm, lifted the can and dumped its contents into the truck, and then moved on. The driver and another worker in the cab never got out and the whole pick up took less than 10 seconds.

As you can imagine, we had a lot of boxes for this move and although I posted the empty boxes on Freecycle, I only got one response who took a few small boxes. We also loaded up a friend’s truck, as he plans to move the end of this year.  However, we still had quite a bit of cardboard.

That needed to be taken to the recycling center.  It is a huge place on a at least 10 acres of land. One part of it is used by the city’s trash and recycling trucks and the other two parts were open for residents to drop off…and pick up…recycled items.

There is one large area for yard debris and building materials. This is the area where residents can go buy compost or wood chips or even stone for walls.

Another area was where I dropped off the microwave that died and the mass of cardboard. Bins are available for glass (sorted by color), other paper products like books, textiles (I saw clothes and household linens), motor oil, car batteries and more.

One benefit of having a place to bring large items that are not usable is that people’s yards are not trash piles.  Another benefit is that those items that are brought in for recycling are in turn processed to be reused in another manner.

7 thoughts on “Why Bother to Recycle?”