He is running the treasury down, supporting a pet project, spending way too much money on that instead of running the government and taking care of the programs that will help the people.

Well, I think this proves it is a perennial issue with leaders because specifically, I am talking about the Emperor Akbar (1556-1605).   As for the Emperor, there was no room for discussion in that kind of government; what he decided was done, regardless of cost.  At least we have a voice, no matter how much it may seem to be muzzled at times.

Fatehpur Sikri, the “City of Victory”, sits 35 kilometers from Agra on a low hill of the Vindhya mountain range. Before Akbar, the site of the future city had already been the site of an important battle won by Akbar’s grandfather.  In gratitude he named the area Shukri, which means “thanks”. In Akbar’s time the site was occupied by a small village of stonecutters and was the home of Shaikh Salim Chishti, a Muslim astrologer and Sufi Saint. 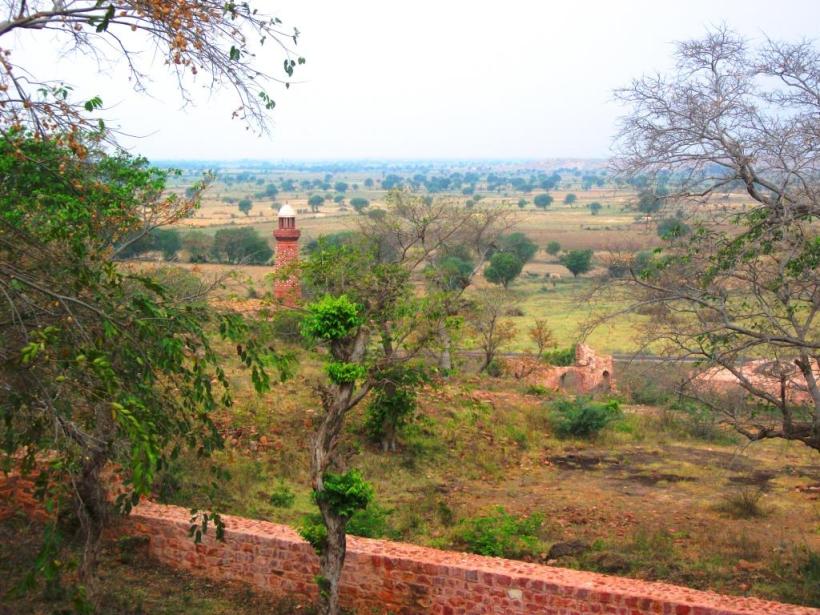 In 1568 Akbar visited the Shaikh to ask for the birth of an heir which was promised soon. Sure enough, Akbar’s wife gave birth to a boy on August 30, 1569. In gratitude, Akbar named the boy Salim after the astrologer, and, two years later decided to move the capital there.

As a strategic location protecting inland routes, Fatehpur Sikri was completed in 1573 but served as the seat of government for only ten years.

The first planned cities of the Moghuls,  the throne room has an intricate carved red stone platform. 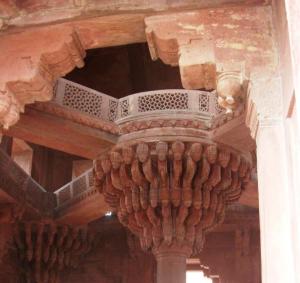 Although only the palace and mosque sections of the expansive city remain, the architectural details throughout the complex are eye catching. 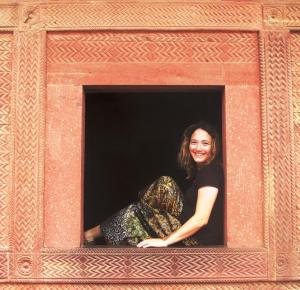 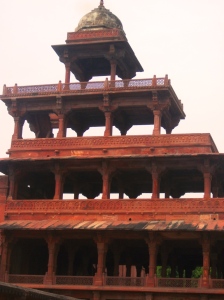 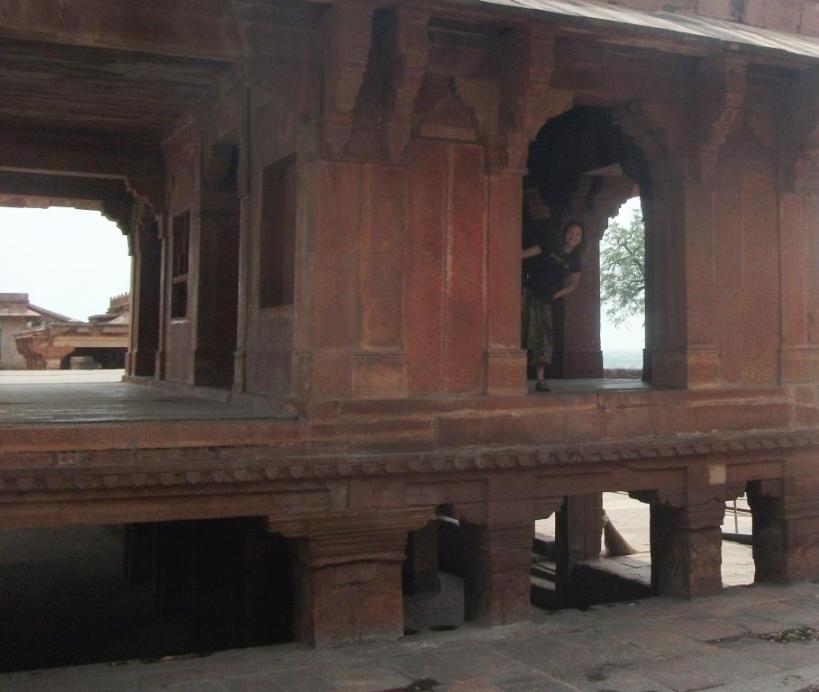 The city has a series of rain water channels and large pools to capture any precipitation. 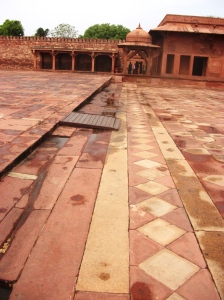 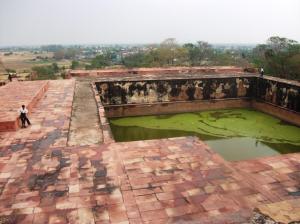 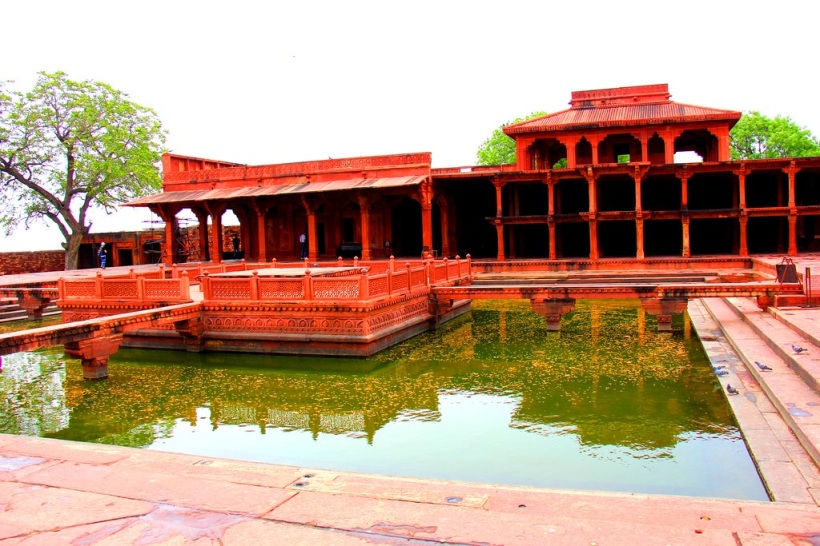 However, it turned out there was not enough water available in the area to support the court and all the services it needed there. The Emperor was soon distracted by an invasion of Afghans to the north and the Mughal capital was moved to Delhi in 1586.

Excavations of the ancient city started in 1892 and it was declared a UNESCO World Heritage Site in 1986. Today the buildings and grounds that are preserved are a small portion of the extensive city that existed in 1585.