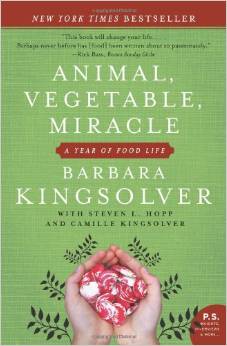 Waking up to eating local food as much as possible happened when I read Barbara Kingsolver’s Animal, Vegetable, Miracle. She tells the story of a year in her family’s life when they moved from Arizona to a family farm that had long been abandoned in southern Appalachia.   The family decided they would eat only what they raised or what could be traded with another local farmer, with the exception of only a few things, coffee and French wine among them.

This got me thinking and I asked Graham to read the book also. The idea of eating locally, in season, was a brand new concept compared to the way we grew up with supermarkets stocking all kinds of foods all the year. Yes, we could buy strawberries in time for my sister’s January birthday cake. Yes, we could get a can of pumpkin to make a pie in the summer.  But might they be more appreciated when they came into season right near where we lived?

This book and then continued reading and discussing with others made us realize how our eating habits were adding to increased use of fuel for transporting food from the southern hemisphere to us, and more important, we realized we really had never thought about who was raising the food we were relying on for nutrition.

For the same reason we didn’t particularly eat seafood when living in landlocked West Virginia.  We very much enjoyed eating our fill of fresh fish and seafood when we traveled to either coast.  Some food just tastes so much better when it is fresh.  If you think about it, except for freshly caught trout and fresh water fish, almost all seafood served in the center of the country is fried, the better to mask a bit of age.  In fact, most people will swear they prefer fried fish, and again, that is because most of the ocean fish served in the landlocked states is NOT particularly fresh.

So, speaking of loving fresh fish, when we moved here the first thing I learned to can with a pressure canner was tuna and it is that time of year again! My sister lives on the coast and has a friend whose husband fishes for tuna and she was able to get them at a really good price. 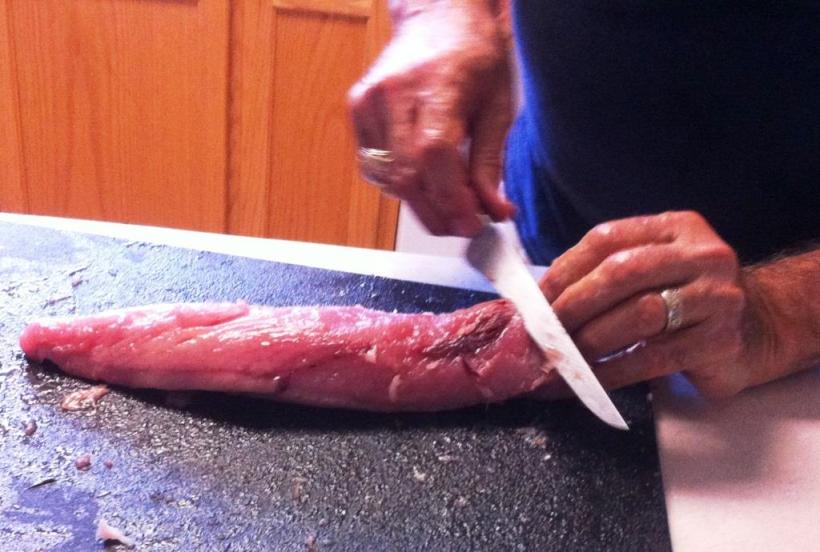 Today Graham started early, trimming 40 pounds of tuna.  After sterilizing all the jars we cut the tuna into chunks, packed the half pints

and then topped them off with a bit of salt, a spoon of lemon juice and some olive oil.

We put my sister friend Linda to work too!

100 minutes later at 10 pounds of pressure we had our first 48 jars, and a second round brought us up to 99.  Canned outside thanks to my friend Jana who loaned us her propane stove and her much better pressure canner. 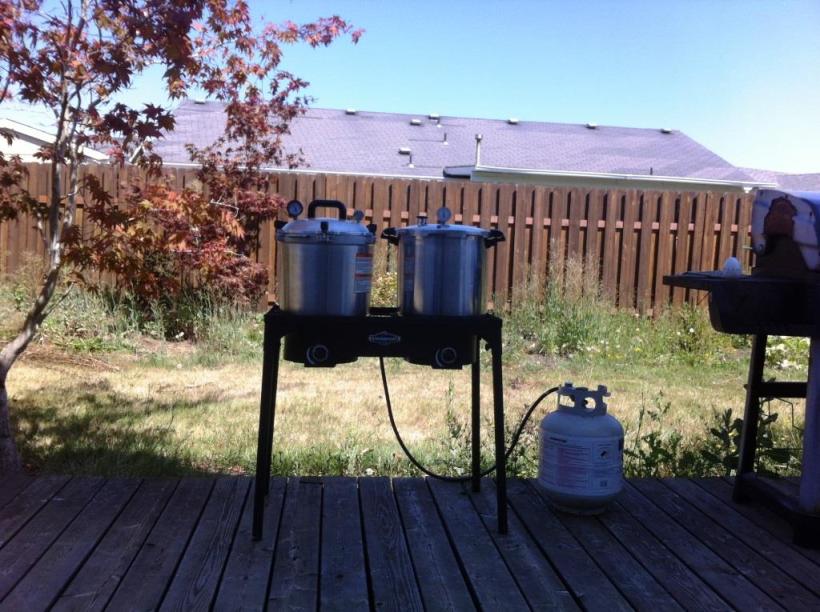 My sister and one of her friends each took a quarter, with Graham and I keeping the rest.  We finished about six hours after we had started, but again, we had to process two batches, each taking 100 minutes. It was a full day and one we will enjoy all year long, when we savor our canned tuna.

So, you say, you can buy tuna fish. And so, back at you, I tell you that you would never eat your favorite, Bumble Bee or Chicken of the Sea ever again….not after you taste what fresh tuna canned at home tastes like!