In Perrault’s version of Sleeping Beauty, there are seven fairy godmothers. The youngest one grants the baby princess the gift of being the most beautiful girl on the world; the second, being as spiritual as an angel; the third, to do everything with admirable grace; the fourth, to execute every dance with perfection; the fifth, to have the singing voice of a nightingale; the sixth, to strum marvelously any musical instrument. Then a fairy who wasn’t invited curses the princess and the seventh fairy (who was hidden beneath the curtains) steps in and saves the princess.

The concept of being given a special gift at birth may seem to belong in fairy tales but I have become more and more sure that I was gifted also. Certainly not by a fairy godmother, as no one has re-entered my life to continue bestowing similar gifts, but something in my being received this ability.

No, not beauty, not grace (I laugh that klutz must be my middle name), and certainly not dance, but I have a sense of direction.

Okay, big deal you retort. Well, call it spatial awareness, but I usually am not lost even if I don’t know where I am. Let me explain. 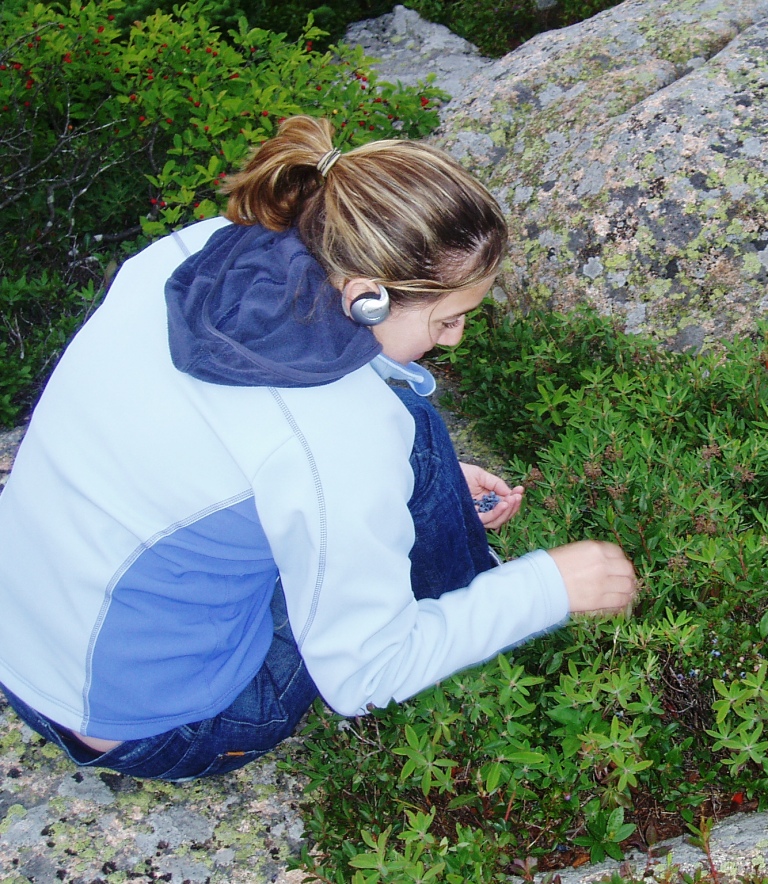 This is my daughter Lisa in the same spot many years later…she was not even a figment of imagination at the time of the tale!

When I was four years old my family went on a camping trip to Acadia National Park in Maine. There we took a ranger hike up Cadillac Mountain. The ranger was adamant about staying together when it was time to hike back from the summit, as people could easily stray off the path and get stuck on a cliff, needing to be rescued at great expense. Well, sure enough, we scattered when we got to the bald summit to gather wild blueberries and after a while it became apparent that our family and a few others had been left behind. Well, there I was 4 years old, but I read some trail signs and said, this way and lead them down. Sure enough, the ranger came running back for us when we were near the bottom, but from that point on I was nicknamed the “Trail Finder” in my family. My usual assignment after that was to find the car in the huge shopping center parking lot.

As I am still very much exploring this new place we live, I can say, okay, let’s take that road, and then turn and turn again as we meander among the vineyards and farms, and we will end up where we need to be. Sure, I have the GPS as a back-up but rarely need it.  My inner compass keeps me moving in the right direction. 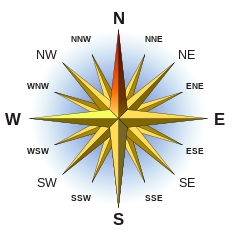 Only two places have ever confused me. One was easily rectified. When I climbed out of the subway in Manhattan I sometimes turned the wrong way to walk to my destination. No big deal; a short block later with the numbered streets I could easily turn around if need be. 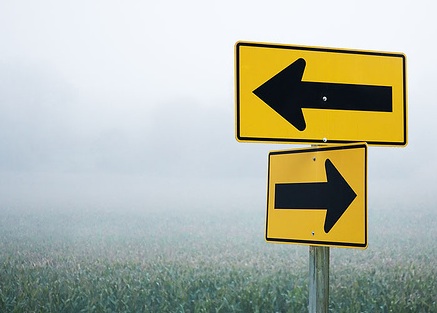 The other place was more of a problem. It seemed that something geological under Huntington, West Virginia threw off my inborn compass 180 degrees. Oh sure, I could intellectualize the direction analysis, doing something like….”okay, the park is that way…oops, I’m usually exactly opposite so it is this other way.”  And that could make it right.

The irritation there was I have I NEVER have to intellectualize it outside of Huntington…I just KNOW. Sitting here in my office I know the window to my right is facing south-southwest. Yes, I have seen the sun sweep across the sky, but I also saw that at my house in West Virginia and could not just “know.” 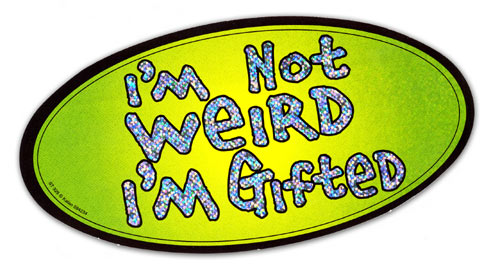 So, I feel gifted. Yeah me!  How about you? Do you have a special talent that just comes naturally with no real effort?