Today as I headed to my car to offload items needed for work (I do my professional canning in the McMinnville Cooperative Ministries’ commercial kitchen) I stopped to chat with a car going out the entrance into the parking lot. I wanted to ask him if he had ever read Up the Down Staircase by Bel Kaufman in the late 60s, but he started the conversation in a different frame of mind.

“Do you see all the homeless sleeping here?” he asked, aggravation in his voice.

“Sure did,” I answered, “and I feel bad for them….it is 43 degrees now at 8a.m.. No one chooses to sleep out in cold weather if they have an opportunity for a warm and dry bed.”

“Well, it’s a damn shame. I see them smoking. If they quit smoking they could save their money and get a place to live.”

I told him how our experience just two years ago cost us almost $2500 in first and last month rent and a security deposit. “That’s a lot of time not smoking to save that up.”

He countered, “Someone needs to do something about it.”

“Who do you think should do something and what should they do?”  I asked, keeping my voice as neutral as possible.

His agitation increased, “I don’t know but someone needs to! I’ve lived here for 50 years and it wasn’t always like this!”

“Yeah!” he was urgent. “There weren’t all these hispanics. All these gay people.,…they stayed hiding then. No niggers too. No druggies.”

Okay, it was apparent he believed that the people who were suffering were at fault but if I hadn’t realized it before it was clear he was a bigot.  I kept my voice calm, “We here at the Coop do what we can to help them and there are others in town who also are working hard to try to get them off the street. But, ” I added, “I also agree things are not what they used to be.  I wonder why their families are not helping them.”

Oh I got an earful then. His own daughter, age 35, is living on the street. He won’t let her come home because she has a Latino boyfriend and if “he came over I would have to shoot him. So she choses to live her way.”

No wonder, I thought.  So I added some fuel to get him thoughts.

I asked him, “I wonder why children, like your daughter don’t learn good work ethic from their parents, like you.”

Ahhh, turned out although he had worked some in his adult life he had been an alcoholic. and his life had not been a smooth path. His wife left him and she was a fool with the next man, according to his judgement. He said he had another daughter in prison.

So, I pushed my point, “So perhaps you did not quite show them the kind of way to be a productive member of society, to learn how to nurture relationships to help the people close to you through hard times?”

He glared at me (perhaps I was lucky he only glared) and suggested “Someone needs to do something!” and he drove out…the entrance. See, the rules do not apply to him, after all.

I hear and read a lot of comments from the conservative people on my Facebook feed that we need to return to the way America was in the 1950s and early 60s.  I remind them, first of all, we all were pretty young then and our viewpoint of the way society was then was not an adult perspective. Any analysis read now that puts it all in a golden perfect society seems to forget that women were considered to need to be at home and let their husbands tell them what to think,  that Jim Crow laws  existed throughout the South and in many other areas, the Cold War provided pretty constant fear of annihilation, the McCarthy hearings in Congress  served as a Communist witch hunt,  that Jews and other minorities were restricted from country clubs, some schools and some neighborhoods.  It was NOT a golden time for most. Just white Protestant men.

So now, who is leading the charge to bring America back to those days. White men. 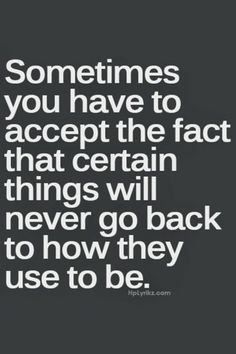 And they complain….and blame the victims. They have no ideas for solutions, but say “SOMEONE” needs to do ‘SOMETHING”  but not with their tax money and since they do not participate in civic volunteer activities of that sort, not with their personal effort.

I did not get to ask him my punchline, “Do you consider yourself a Christian?”  Most bigots do. Pretty amazing.  Maybe they read a different Bible than I do. They certainly do not follow the teachings of Christ.

8 thoughts on “A Glimpse at the Conservative Mindset”