I just finished helping make phone calls for a local candidate running for state office. It’s early in the campaign season so I only had one rude person on the other end of the phone. Based on my experience when this candidate ran two years ago, it will get worse the closer we get to November’s election day. People get pretty sick and tired of all the campaigning that goes on, especially this year with a Presidential election. 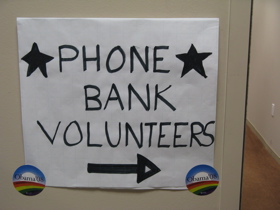 So why do I bother to put myself in a position for potential abuse?  First, I don’t take any of it personally.  I’ve had enough sales training in prior chapters of my life to know an upbeat voice (have a smile on your face) can make a big difference in how you sound to the other person. But still, calling at supper time, in the middle of a family crisis, following someone’s bad day means many won’t answer the call and if they do, they may be short tempered. Not a big deal.

I do it because I like the candidate. I think he is a good person making a tremendous effort to reach out and really listen to the constituents. When he lost by a narrow margin against the incumbent 18 months ago he said he would run again, and essentially he has never stopped. He got even more involved in the community and people on all sides of the issues know him better now. They know him to be someone who will listen and search for the commonalities.  THAT is a huge reason why I support him. 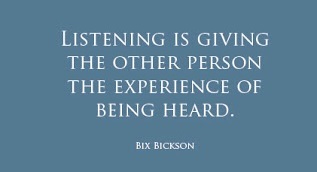 I do it because I agree with the candidate.  Before I felt comfortable to work on his campaign I actually spoke with him and heard him speak at a small group meeting. I saw how he listened and interacted. I learned how he did additional research and how his position on that issue matured based on what the person had brought to his attention. I liked his viewpoint but I also liked the way he never assumed he knew the answer right off the bat.

I do it because good candidates are hard to identify. Certainly you can’t tell from the advertising on tv or what you get in the mail. Everyone sounds pretty similar, all promising to fix problems. But whose problems? How will they fix them?  Many candidates seem to run on generalities or flip flop depending on their audience. It is amazingly wonderful to find someone who has a good moral compass and is genuinely interested in what people have to say, and be willing to learn from that person’s  experience.

I do it because in a local contest my action makes a tremendous impact. Sure, I have a favorite Presidential candidate but any effort I could make would be a drop in that national bucket. Here, in our state representative district, I can really have an influence on sharing my feelings about this candidate to others AND sharing my opinions with him.

So, if you live in this state house district and I call you about Ken Moore, please feel comfortable to chat with me. Even if you are angry about issues, please share. We have someone who wants to do what he can to help.

People who chose to not get involved, to never really learn about their elected representatives in any level of government, who may not even vote, are losing out on a tremendous freedom. It is our responsibility to be involved. We The People means each one of us.

4 thoughts on “Why I Bother”