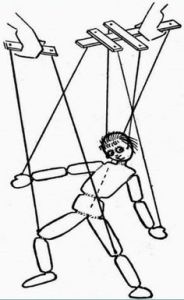 I hate being manipulated. When I know someone is pulling some strings, I usually can maneuver around that, anticipating my choices before it comes to a final showdown.

However, there are issues we normal people never know…until the Freedom of Information Act opens sealed files. And so, we find out that we were puppets once again. Case in point is The United States’ entry into World War II because of the Japanese surprise attack on Pearl Harbor. We were righteous in our indignation and because of the Japanese-German alliance, thereby could also attack Germany. That we should have been on that moral pathway two years before is something for another discussion. But here is a presentation of the facts that lead up to the attack on Pearl Harbor as I never heard them before.

The desire by those in power to further strengthen their wealth through trade and commerce, through acquisition of raw materials, has played out time and again throughout history. Just as our American government had us manipulating Spain with the explosion of the Maine in Havana harbor to start the Spanish American War. The goal always was to open more trade with other areas, notably, the Philippines.  World War I’s eruption has been told often about how major powers chose certain actions instead of diplomacy. And more recently, we remember the non-existent weapons of mass destruction that had George W Bush to convince many here that we MUST go in and take out Saddam Hussein. Look what that lead to. But Cheney got extremely wealthy, so I guess opening the Pandora’s Box of a loss of leadership is a trade-off the power elite accepts.

We have just weathered a campaign season where it became greatly apparent how easily people are manipulated. Few verify things they read and I have had more than one Facebook Friend tell me if it not her job to educate me. I responded that she needed to educate herself and she has stopped talking to me now.  She did not appreciate my posting facts to refute her emotionally laden editorial writing she posted as truth. It is important that EVERYONE wakes up NOW and slows down with their reactions to how the news is given. We MUST demand more information before our leadership takes us into a situation that will be dangerous to us all.

I remember back to the Gulf War II time when I cautioned we needed to verify before jumping into war. I was chastised by many that I was not being patriotic. Au contraire! It is a true Patriot’s role to help keep us in truth, justice, and what we were told watching Superman was the American Way.