Have you ever wondered how you are going to die?

Back in the late 1960s my father’s sister developed breast cancer. If you are old enough, you probably remember that cancer was so horrific with few cures in those days that most people never said the word. It was the Big C. If it was uttered, it was in a whisper. Watching her decline, I assumed I would get breast cancer.

My mom and all her side of the family died from issues related to heart disease. No doubt in my mind that I have a genetic disposition for that.

I am not a morbid person. This is not anything that fills my waking hours with dread. I am not afraid of dying; I just have a lot of living yet to do, so I don’t want to go before my time. But recently, very recently, I have been staring at a new death option.  And it makes me angry.

With the threats/promises to repeal the Affordable Care Act, the Republicans in our lives have also threatened and promised to kill 20 to 30 million people in this nation. We, the ones with the death sentences, are your neighbors and your family members.

Why will we die?  In my case, I  will suffocate.  I have chronic asthma. It is well maintained with two medicines that currently cost me $100 a month. Their out of pocket cost, without insurance, is close to $1000 a month. Guess what? I can’t afford that.

So, very simply, if Congress in their infinite wisdom think it is more important to destroy the law because it was implemented by Obama, instead of fixing it (good luck with that if you want to keep the insurance companies in charge, but that’s another story and blog) I will die.

So now the question is, will you also die?  Will people you know, people you love, also be murdered by Republicans? 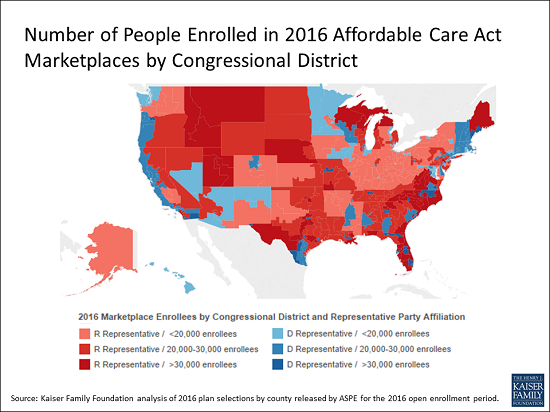 That sounds harsh, but think about it. There are two components in the ACA that help people.  First,  the insurance premium (set by the insurance companies, not the ACA) is reduced based on income. This is part of the benefit that will be removed. The premium I need to pay is $535 a month. Before the reduction, which is based on my income, my premium would be $875 a month.

Secondly, the ACA eliminated discrimination insurance companies had based on pre-existing conditions. I was diagnosed with asthma when I was 5 years old. This is a pre-existing condition that before changes in the law meant I had to wait 12-18 months when changing medical insurance companies (because of a change in jobs) to be covered. I was fortunate that my breathing issues were pretty minor until I moved to West Virginia in 2007. The Ohio River Valley is one of the areas in this country with a high cluster of breathing problems. After decades of heavy industrial air pollution and the way the air currents flow, the environment caused a major decline in my ability to breathe. My health issues were covered at the time because of a change in the law back in the 1990s: employer offered health insurance would not have the pre-existing restriction if the employer had more than 100 employees. My husband worked at one of the state universities, so we had a state employee health plan.  So, I was able to be treated for the asthma while we were living there.

But in anticipation of my husband’s retirement, the question of my healthcare once again raised its head. His retirement package included an extension of my health insurance coverage but that would run out before I would become eligible for Medicare. I anticipated a major gap of coverage and was very pleased when the Supreme Court ruled the ACA could be implemented.  And so, I have been able to continue to have insurance. I have written about my lifelong experience with my health insurance coverage in January. I did that not to elicit sympathy but to share what I believe is common situation. Many of us have known people who have had someone with a major illness and our American  healthcare insurance coverage has always been a factor in the rising number of bankruptcies in this country.

When we talk about “millions of people will die” if the Affordable Care Act is repealed the number is hard to understand it. Recently, a health-care analyst broke the statistics down to Congressional districts. In other words, if Congress decides to erase our health care, they will lose this many people (voters)  in their own districts. I now know I am one of almost 80,000 that will be affected in my Congressional District. The difference between me and you? I know my Congresswoman, Suzanne Bonamici is one that is working to keep the program. What about YOUR representative?

Take a look at this effort to provide the information on a scale where we can realize how many of our neighbors will be dead if Congress moves forward on their promise/threat. All because its nickname is Obamacare.

And you know what?  There is a huge group of people in this country who love their health care coverage through the Affordable Care Act but despise Obamacare. Their lack of comprehension is a sign that we have a major problem with people who no longer know how to think. But that’s another blog……