My pet ownership attitude falls between those who believe their animals belong outside and those who believe they belong in their bed.  I’m allergic, so there is no way I have ever encouraged them to sleep in my bed. Not saying it hasn’t happened, but not while I am at home/awake/unaware that the husband needs to be trained better to shut the bedroom door.

I tested positive to being allergic to dogs when I was 5 years old and supposedly informed my parents if the dog left, so would I. I have almost always had a dog since, sometimes two.

I got my boxer Shelby soon after I moved from Nashville to Memphis in 1978. During that move I had herniated a disc and what with the pain and the puppy’s increasing size, I flew her to my mom in New Jersey for a few months. Mom had a marvelous way with dogs, training hers to be very obedient, knowing the boundaries of the property without straying, and they could do marvelous tricks including multiplication and division. (Although one of our dogs when I was young had such a high toned bark we kept her answers to 5 and under to keep our ears comfortable.)  Shelby flew back to me some months later, wonderfully compliant in all I needed and also very happy to be back with the more relaxed house rules. 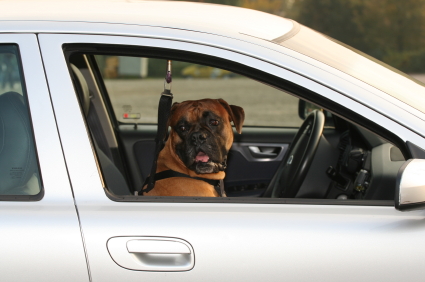 The time inevitably came that she aged and started having problems.  She was unwilling to eat until we enticed her with all the loved forbidden foods: ice cream and bacon. She got some energy back but then, on Christmas Eve had a seizure. We took her to the emergency clinic and they did some tests. The news was not good. It was either this or that, wouldn’t know without exploratory surgery and no, there was no treatment nor cure whichever it turned out to be.   I made a difficult decision and petted her while they gave the injection. The song that was playing on the sound system, Against All Odds, will forever remind me of loss. 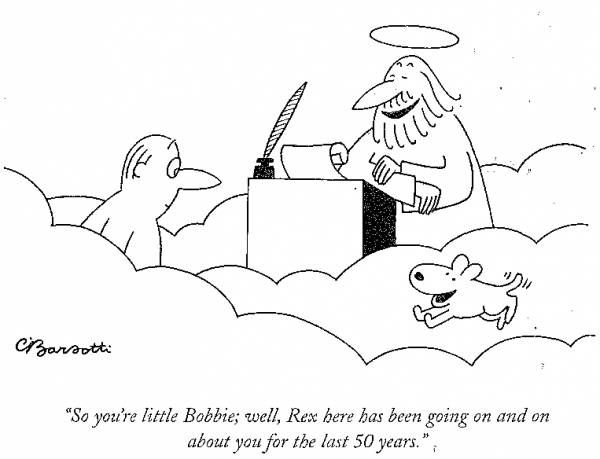 We added another dog to the family about a year later, an Australian shepherd and that dog was so amazing, we also bought a male and they had one litter. What happened next was also a hard decision. After Dave was diagnosed with a brain tumor and then had the equivalent of a stroke on the operating table, he had trouble walking. The dogs were then outside in the fenced yard for the day, coming in for the night. It was not my idea of how their lives should be so I was happy when my older kids’ grandparents in Maryland said they would take them. We made the transfer and at least I knew the dogs still were with their children.

But meanwhile, Sam was growing up and I perceived he needed a pet. Since I believed a puppy would cause problems getting in Dave’s way, we decided on a cat. My first cat.

Now, I tried to persuade the 5-year-old that we needed to adopt an adult cat, the better to see her personality, but oh no, it had to be a kitten. We played with all the kittens at the Nashville Humane Society and took home the one who seemed to be the most playful. It was a sham. She was, after all, a cat.

About five years ago, having added two more puppies to our household, my allergies took a turn for the worst. Maybe the air in West Virginia is just that much dirtier, maybe menopause’s chemical changes in my body made the allergies worse, but I just couldn’t breathe.  Both my sinuses and my lungs were being assaulted in a horrible way. A friend helped me look at the solution I had not even conceptualized: the animals had to go if I expected not to be sick all the time.  The dogs, being young, were not difficult to place but boy oh boy did I hear how I was abandoning them, kicking out of what I had promised would be a forever home from some of my most radical pet loving friends. The fact I was sick because of them was meaningless. Just take an antihistamine was their answer. It HAD been that easy all my life, but this was new territory in allergy response. I HAD to eliminate the allergens I could in my environment.

The cat was another issue, though. She was, simply, difficult. She put up with the dogs but would attack any other cats. She was about 9 years old then and older cats just don’t adopt out easily.  So, we kept her. She’s 14 now. She will live to 105 to spite me. She’s a cat.

Here in Oregon my new allergy treatment plan is bringing great results but I recently had a setback, perhaps related to the harvesting of the grass seed in the area. The cat has been banished from the bedroom all along. Early this week I completely emptied my office, vacuumed and shampooed the carpet and now she is banned from that space as well. Today I (yes, the woman who wrote she is not a cleaning diva yesterday) removed the area rug in the living room to the back deck, vacuumed bottom and top sides and shampooed it. Then swept and scrubbed the wood laminate floor. Hopefully the cat dander was captured along with the dust bunnies.