I went to Texas last week to visit my wonderful sister-in-law and discovered I was definitely not in Oregon any more.

First I want to start by staying Oregon is not the liberal bastion it appears to be from the outside. I learned, once I lived here, that the major cities (Portland and Eugene, for the most part) are liberal, but the rest of the state, including where I live is pretty conservative. So, I am quite used to hearing local discussion about open carry and whatnot and gun ownership in Oregon is only slightly below Texas’s rate.

The first thing that hit me reading the Austin newspaper the next morning was that most people blamed the Oregon girl who was murdered for her own death. Even though the suspect is a troubled youth and he overpowered her and strangled her, the pundits believed if she had carried a gun she would have been able to protect herself. (This is a major difference between Oregon and Texas and not because the victim is from Oregon. It is because Oregon believes you do not blame a victim for a crime.)

And some of you are nodding but she was too young to be carrying. So even if she had an interest in having a personal weapon, it was not yet legal for her to carry one.

To me this stank like blaming the woman for the rape, not the jerk who overpowers her and assaults her.

Why are conservative men so full of doublespeak?  They want to protect their daughters from raping Islamist terrorists but blame other women who get attacked by the boy next door?  One out of six women are victims of rape or attempted rape in this country.  And men?  About 10% of American men are the perps, and over half of them blame the woman. Over two-thirds of all sexual assaults are caused by men known to the woman. Over 50% are white. And over a quarter are married. What is wrong with you guys?

Rape is not sex. Rape is assault. Get it out of your pea-picking brain that a woman who looks attractive is NOT asking for it. Use your self control.

The other issue that was apparent was open carry. This is also related to the death of the Oregon student on the University of Texas campus, which, as a public college, has to permit guns on campus as it is the state law. But we saw, walking through areas of Austin and then in more conservative areas a couple of hours away, signs not permitting people to come into the establishment with their weapons. Private stores, colleges and organizations can opt out of the state’s open carry allowance.

The idea of guns in a bar or winery or brewpub just does not make sense. While some people can agree that guns and alcohol don’t mix well, the point is you have no idea of who is carrying and what their anger managament control may be, especially as they begin to be affected by alcohol.

Still, some shops that do not even serve food had the no guns allowed signs posted at the entrance.

Who’d a thunk it that some in Texas do not want to see a repeat of the old wild west.  But I still prefer Oregon where pedestrians can cross the street without fear of being hit by a car….because life just seems to be valued in all ways there.

We are horrified to hear that women who are raped in Islamic cultures are often stoned to death by the community or “honor” killed by the men in their family because of their perceived role in causing the attack.  We get angry when we understand that girls are undergoing ritual removal of their clitoris because women are not supposed to have pleasurable sensations during sex. We looked at Muslim women wearing the burqa and feel it is ridiculous that they must be covered so much.

It is easy to look at another culture and feel how unjust the treatment of women is.

Mom told my sisters and me never to sit on a boy’s lap. She never explained why, but as we got older and disobeyed her advice, we discovered the reason. There were lumps where none existed before. What an amazing power we had. Or so we thought.

I married at 22, fully believing it was for life. He said the words I was told I would hear if it was real love. He was gentle and seductive for a time.  Then things changed a bit, as marriage does. Or so I thought.

A friend from college came to visit and saw the way I was treated. He asked me why I accepted being treated so poorly. I denied it. All was well. Or so I thought.

I believed there was something wrong with me when we made love. I did not enjoy it, but I could act enthusiastically. It hurt. I told a friend if you could imagine sex without touching, that was what it was. Or so I thought.

Only recently have I realized that I was raped repeatedly during that marriage.  It was in discussion with a number of my friends that I heard similar stories. It was not my fault as I had thought. And it happens way more than we think.

We have heard statistics that there are rapes in the military and rapes on college campuses and the numbers are astonishing.  The deniers, for the most part, are men. It is much easier to believe the women’s behavior enticed and teased and the guys got carried away.  It is hard to believe that men let their hormones and strength overrule their common sense. These same guys would be the first to be angry if their mother, their sister, their wife was attacked and abused. These same guys are emotional and reactive, quick to anger, using force to prove their points.  These guys may be denying their own behavior at home.

Abuse is abuse. Rape is aggression, not sex. The fact that it penetrates a private zone is that much more pleasurable for the attacker, proving his strength. Not his prowess. Not his ability to be a compassionate partner. Not his skill at love making. But that does not matter. It’s only a slut.

Our culture here in the United States where men can attack women, can control women with their strength, can make decisions for women because of their superior financial position is very much as contentious as the visible means that the Islamic women are suppressed.

My last formal education in biology was over 40 years ago in high school. My last pregnancy was 20 years ago. But golly gee people! A zygote is the term used to describe what is formed when an egg is fertilized by a sperm. Typically that takes place in the fallopian tube. It takes up to a week before the zygote travels enough to attach to the uterus where is is then called a blastocyte. There are many reasons the zygote won’t attach.  But when it fails, there is still no beating heart, no little fingers, no eye formation.  There is no little human. There are only a bunch of cells, dividing dividing dividing and then failing to thrive because there is no additional nutrition. 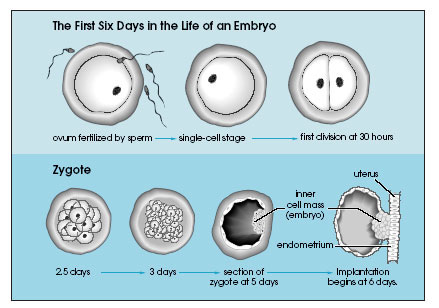 The concept of birth control is to help a family decide the timing of their planned children. I think we all can agree that when there are fewer mouths to feed, family income can provide better.  We also know that in the current economy, that family income does not stretch as far as it used it. It is interesting that recent surveys here in the US indicate even the majority of Catholic families are using birth control.  Even more interesting is that a recent survey this spring indicate that 85% of people agree medical insurance should provide birth control.

I’ve seen lots of comments on Facebook regarding how men want their viagra to help a body function when it no longer can do it naturally. What’s good for the gander is good for the goose.  Equal rights.

But then again, we only thought we had equal rights.