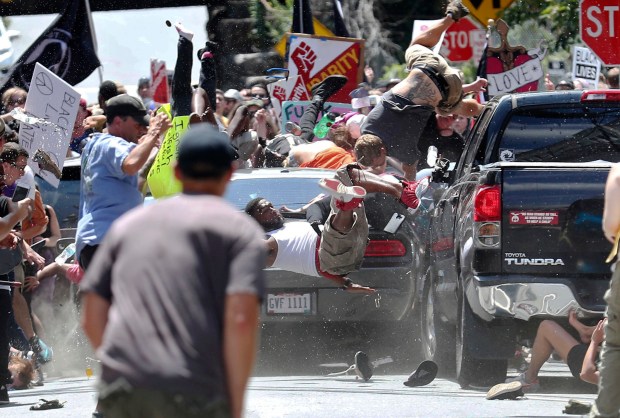 We have a choice, as we do every time we elect a President. We can uphold the United States as a wonderful example of a democratic republic that can change heads of state calmly and smoothly,

or we can have tantrums wanting our own way and fall down into a despotic third world nation experience where the people who perceive a loss of power fight anyone who they believe thinks differently from them.

In the last few weeks there has been an escalation of threats of a “revolution” if Trump loses the election. Organizations and individuals who have publicly endorsed Hillary Clinton have received death threats. A gun shop in Las Vegas is advertising a sale on guns before Hillary is elected. There just is a lot of anger and threats.

Republcian Congressional leadership who have publicly indicated their dismay with their candidate are now promising to block Clinton is she wins the Presidency.  They are promising to freeze, not to work through the things that need work, but to do nothing. That is not leadership in a sane direction.

It could happen. We did it once before. Civil war. This time, though, there is nothing organized or goal for the people who are losing their emotional stability. And yes, if you decide my words and actions are worthy of killing me, you have lost your mind. Is this kind of activity like in Aleppo what will make us great?

This nation was established to better the situation in the Old World, where power was held by very few. For hundreds of years people in this country could achieve much, change their lifestyle, improve upon what their parents had. Only recently has this reversed and there are clear signs why.

The people who have made these changes include, among many others, Hillary Clinton and Donald Trump. His claim he has never held public office does not mean he had no influence. He is one of the players of power and has been for years. So, right now, regardless of who wins the Presidency, not much is really going to improve for many of us and for some of us, things will get a lot worse. The only winners, the same ones as the last few decades, the very top.

Now, I remember my parents complaining about how things were going downhill back in the 1970s. They did not like the attitudes of the “hippies” and protesters against the war in Vietnam. My parents longed for much of what they knew in their younger days. But they also were active in the civil rights movement, clearly recognizing not only that the treatment of African-Americans had long been bad, but actually doing something about it.

So, now, I am carrying the mantle of service. I call out unethical and unequal treatment when I see it. I remind my friends on Facebook that if something appeals to their sense of greed (free something fantastical that is too good to be true) or anger (Hillary did this or that or Donald said this now) that they really should verify before jumping on a bandwagon that will later prove to have flat tires.

And I don’t just sit here bitching and moaning. I am involved. I volunteer in a number of community activities including helping a local candidate in his run for the state legislature.  If we want a better world we each need to be involved. Think globally. Act locally.

And, I suppose, I have said enough to irritate the most unstable of people who might be making a list of who they need to take down. A friend told me to back down and stop being so vocal. Nope, I’m sorry. If we don’t speak out early and often, the snowball grows. I will not be quiet.  Another friend told me to arm myself. And I wonder, how much bigger a weapon can I get and use before someone else uses theirs. If that is to be, it will be. I will not live my life in fear.

I will continue to try to appeal to your brain, your intellect, your heart, your conscience. I will try to get into conversation with you to understand your viewpoint and share mine.

I just don’t see many people willing to do the same. That is sad, and yes, a bit frightening.