Graham and I spent about two hours in court today. We had been notified by the Victims’ Division of the Assistant District Attorney’s Office that the sentencing hearing for one of the guys involved in the rental scam would be at 10:00. Well, it was the LAST of six sentencing hearings scheduled for 10:00 so it gave us time to reflect on the pathways people take in life.

It may take time, but your day will come.

And no, I didn’t believe the guy in our case who said he had unknowingly gotten caught up in the sleazy action.  By the time he opted to deposit the second check from another person, let alone the third one, that was for the same rental house  he should have been wondering about the ethics of the situation.

He did admit he knew there was not enough money in the account when he went to pay for not one, not two, not three, but four used cars.

The judge, on this case as on the other ones, was fairly lenient. He is balancing the cost to us taxpayers for long term incarceration. He did mandate community service for all as well as other things.

And we supposedly will get our money back. I’m not holding my breath.

Back in July Graham and I flew from West Virginia to Oregon to locate rental housing for our move the end of the summer. We suspected we would be stuck paying for an extra month of rent but it was the only time we could get there.  We contacted two Realtors to help up in the two towns we were considering and I sent them a list of properties we wanted to see.

Most of the rentals were considerably higher priced than we wanted to budget; certainly higher than the mortgage we had been paying in West Virginia. The relative value of real estate in Oregon is higher and so rentals are higher.

As it turned out we got into only 3 properties and one was an appointment I had set up directly from the ad on Craigslist. What was attractive about this house was the rent was lower, and although it sounded like it had all the components we hoped for, we understood it might be a bit smaller than we wanted. We figured we’d be in it only temporarily until we could be sure where we wanted to buy a house.

So, on the first Sunday we were in Oregon we met Jerry. There was another family there also to see the house. They had four little kids and Graham and I figured we “mature” people would look better to the landlord than a family of six, with four under the age of seven, so we were not surprised he said he would rent to us.

Little did we know that he rented the house to both families….and about 20 other families as well, taking our deposits of first and last month and $500 security. A fairly sizable chunk of change.

Graham found out a few weeks later when he was reading the Portland Oregon newspaper online. The problem had been discovered when two friends met and one was excited to share that her daughter was moving to town. When she shared the address, the other woman slowly responded, that is where my friend is renting a house. They went to the police.

We contacted the police as well. They were thrilled that Jerry had accepted a check from us. He also had signed lease documents with at least one of the other families. These signed papers made it much more substantial than people claiming lost cash.  Jerry was apprehended and put into jail.

The District Attorney’s office has been keeping us informed. We found out that Jerry finally was released on bail a few days ago, in time for today’s hearing.

For those of you who have lived on the straight and narrow and never attended a court hearing let me assure you it is not as compelling a drama as depicted on television. First of all, the words are amplified primarily for the judge, attorneys, clerks and other first line players to hear, not the audience.  Anything any of the spectators can hear is gratis.

So what I did hear makes me believe a plea bargain is in the works. I heard Jerry’s attorney posture that he had not received adequate notice about the counter by the State. The District Attorney assured the judge that the notice had been sent in writing and by email so many days ago. But she leaned over and spoke softly to the defense attorney who then spoke up to the judge and said “It appears we are further apart than I thought.”

I have no idea what the State wants but this is the minimum I want: each party to get all their money back, every cent of it. I want a spoken apology by Jerry to each family, one at a time, naming our names and all the members of the household’s name, saying he understands he stole our money and it was wrong and he is sorry he caused us hardship. I want some kind of community service where he must work hard….since he played at being a landlord maybe make him work on fixing up houses that are publicly owned.  That is what I think would be fair, considering he has been doing this kind of stuff since the 1970s apparently. 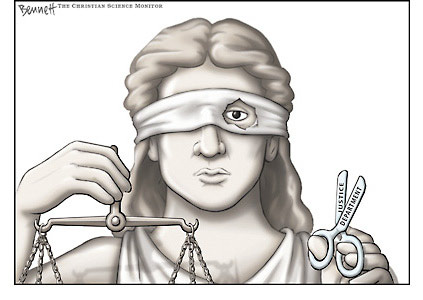 Meanwhile, we will have the next hearing November 18. Wonder what kind of excuse the defense attorney will use to get the case continued then.