Believe it or not there are over 300,000 churches in the United States, with affiliation to about 217 different Christian Protestant denominations. While about 60% of people say they attend church each week, the number is really about 20%, thereby showing us the first crack: not walking the walk. After all, the Ten Commandments includes Thou Shall Not Bear False Witness…..in other words, DO NOT LIE.

So, what we have here is a situation where a lot of people claim they are Christian, but in reality do not even attempt to walk the walk. A lot of people claim Jesus as their Savior but few attend church any time other than Christmas and Easter and even then, attendance is not as full as in past decades.

We have a lot of people storming the stores and knocking down anyone in their way on Black Friday to capture the deals, the better to pile presents under the Christmas tree.  We have people who know one verse and the chorus to Christmas carols but not the subsequent verses nor the story of the origin of the song.  We have a lot of people who have elaborate trees and lighting, not realizing these are traditions that are based in other belief systems. We have millions of people who truly believe the baby Jesus was born with cows looking over Mary’s shoulder and Mary, of course being perfect, did not have labor pains. Oh, they probably never thought of that.

We have people who stuff candy treats into baskets for their kids on Easter.  We have millions of kids who love the Easter Bunny and have no idea that anything else is being celebrated that day.

We have people whose comprehension of their religion is limited to the Sunday School stories they were told when they were little.  They don’t have the time or inclination for any Bible study and might really be amazed to try to reconcile the differences in the gospels if they ever did a side-by-side evaluation.

There are many people who believe there is a war on Christians because over the past few decades there has been a rising awareness that not everyone here in the United States is Christian. There are Jews. There are Muslims, There are Buddhists. There are Jehovah Witnesses. There are Mormons. There are (gasp!) atheists.  And in recognition of those other people, some communities realize that pushing JUST the Christian symbols is not the right thing. And so, Happy Holidays, which has been a saying that has been a part of American culture since the late 1800s, has recently become a nastygram to many. We have some people who believe snowmen on coffee cups are a sign that Corporate America is the Devil…it may be, but red and white decor is not the sign of that.

Why are Christians feeling under assault where there is no problem?  I have no idea…maybe an inferiority complex that starts with color and sexual identity and goes on into church attendance and understand Jesus’ teachings.

Okay, who am I to be calling the kettle black right now? I am a secular Jew who has been attending church for 10 years with my Christian husband.  When he asked me if I would go with him I told him I would as long as I was respected. And his response was perfect, “If you are not respected we are in the wrong place.”

In the past 10 years I have attended 4 churches with him. One for 6 months when we were on sabbatical in Pueblo, Colorado was my big introduction. There the choir members welcomed us and helped me understand the rituals. I focused on the similarities of the mass and of course, it made sense; Judaism is the root. If any church misses the Jewish root in their practice, they are not practicing anything close to what Jesus did.

The next seven years was in a church in Huntington, West Virginia. There were a few people who were a bit hesitant accepting me, but over a short time they saw I was not there to mock. The priest, when I attended a class, misinterpreted that I would want to be baptized afterwards. I told her learning is part of life, but did not necessarily mean complete acceptance of doctrine.

When we moved to Oregon we started in one church but moved to another because there was a lack of music as well as no real warmth of community. We found it more comfortable with another congregation across town.

So, four different settings. I’ll bet you I pay attention more than many. It is rote to most other congregants.

I have learned enough to be “dangerous”. I have attended about ten different study groups where I have caused lively conversation because my viewpoint is different. I have been told we are all imperfect so I should not expect people to walk the walk all the time.

I don’t expect people to be perfect. But I do expect people who loudly and publicly profess to be Christians to at least be NICE.

In reality, I have met only a few people I feel live their faith. They exhibit true acceptance and understanding of others without imposing their viewpoints on others.

However, I have also been told I am doomed to Hell by more that I care to count. My husband has been pulled aside and told he is responsible for saving my soul.   This is not the message that wins. This is a message that alienates.

And it alienates more than me. It alienates other people who claim to be Christian but just do not do something exactly as someone else thinks they should. And so, people stop attending church.

Numerous studies in this country indicate the biggest reason that Christianity is losing membership, active or passive, are the behavior of the “do it my way or you are doomed” people, most of them fundamentalists.

And many of them do not know the soul of their religion. They can spout chapter and verse but can not find the love.

And so, pass the fruitcake. The eggnog is ready.  Christmas is here. 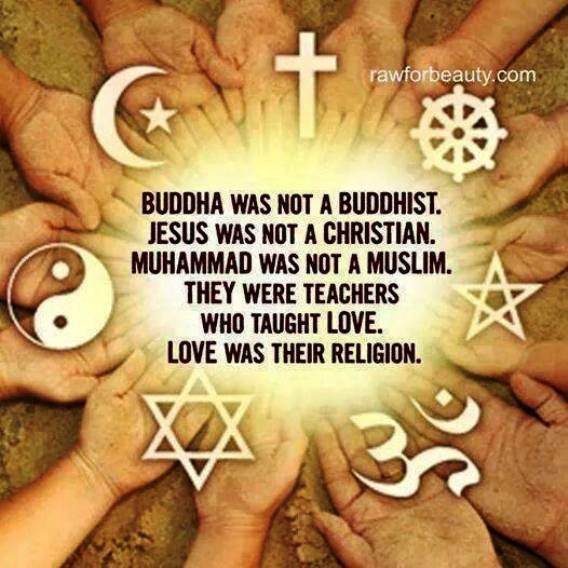