I came of age during the VietNam war and so, the diversification of our nation now is not a new issue to me. There seemed to be three camps in those days: my country right or wrong, things are not right so I have an obligation to protest to get change to occur, and the silent majority.  Once again, we have proof that the more things change the more they stay the same.

A close friend recently posted on Facebook how dismayed she felt when at a kids’ recreational football game, the opposing team took a knee during the anthem.  She has felt the protests at the NFL games are primarily a disrespect to the flag, to the military and to first responders. Her husband is a retired cop who walked his beat with patience and persuasion, so I understand well how they are angry that all cops have been brushed with the unethical and illegal response by others.

My understanding her viewpoint is the first step to initiating a discussion. That discussion may go no where, butting up against the brick wall of inflexible consideration of emotions and facts that do not fit an acceptable scenario. But it might also open a window to a new enlightenment.

They don’t understand it is that silence, that negation of importance, that drives the need for protest.

And when I ask people what kind of protest would be acceptable, the silence is deafening.

People I know who protest the protest are usually loud in their argument that they are colorblind, that they treat each person equally.  That may or may not be true and in truth, if each person actually believed in and lived the Golden Rule, we would be living in a whole different culture.

They argue black on black crime. Not the issue being protested–stick to the point!

They argue women are also subjected to discrimination. Oh yes, but not the issue being protested-stick to the point!

They point out cruelty to animals. Horrible, but not the issue being protested-stick to the point!

There are a lot of things that can use improving in our society. I can’t fight for every issue that calls to me and neither can anyone else. But a strong emotional response sure indicates this may be an issue that needs more attention. And attention means education first to gather the facts and reduce the emotional response as much as possible. To think calmly and logically. To even place yourself in the same situation, empathically.

Adding anger about protest is adding fuel to the fire.

When we think of people throughout history who have influenced human events the numbers narrow. When we place a moral judgement that that person had an overall GOOD influence, the list reduces even more.  It was with humble pleasure that we got to visit two sites affiliated with Mohandas Ghandi while in Delhi. 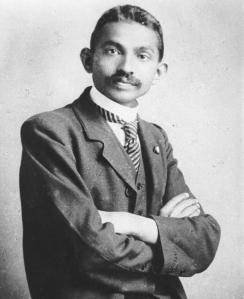 Ghandi was born in 1869 to educated parents (his father was a government minister, his mother influenced him with her Hindu religious practices that included self-discipline and non-violence).  At that time India had been part of the British Empire for over 100 years.  Ghandi went to London to study law.  He took a position in South Africa and bore the brunt of considerable discrimination both in the courts as well as general life. It was during this time he began to develop his practice of satyagraha (“truth and firmness”), or passive resistance, as a way of non-cooperation with authorities.

Ghandi returned to India in 1914 and supported Great Britain during World War I but soon after he began to build the movement for independence.  As part of the political independence he strongly advocated, he realized that economic independence was necessary and helped develop an inexpensive spinning machine that helped cottage industry turn cotton into thread, the first step to weaving fabric and making clothes. 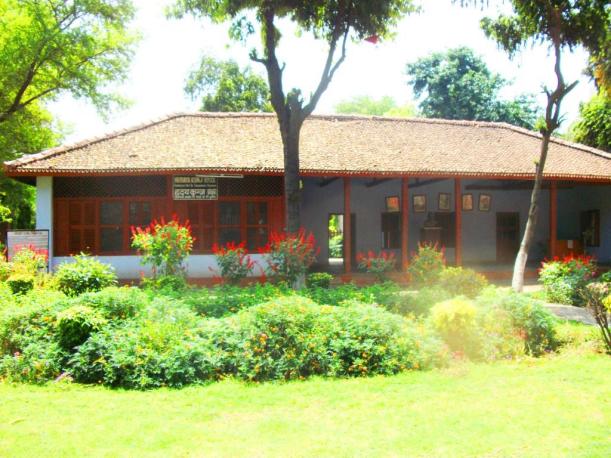 At a Delhi model of the Calcutta ashram we saw the simple way Ghandi lived and worked. The docent there also showed us how the spinning machine works and Lisa discovered it was not an immediately achievable skill. 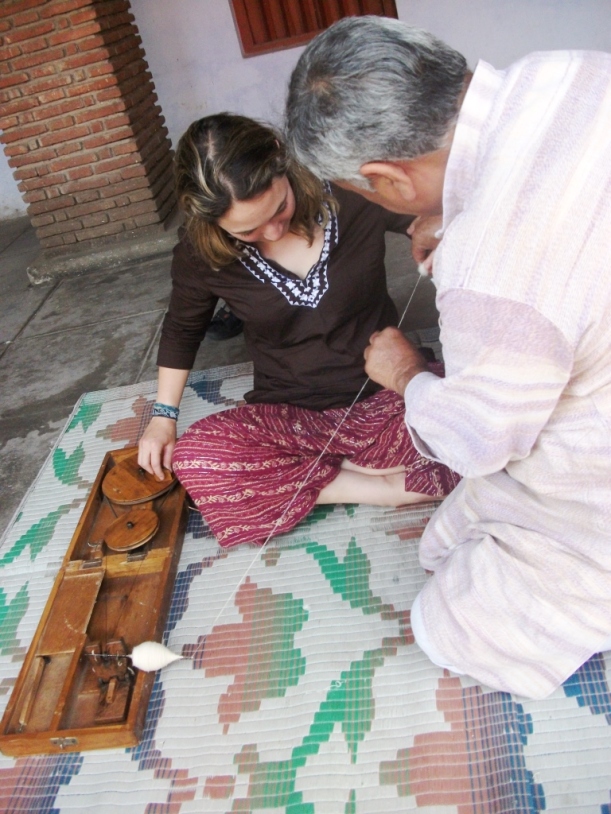 Through boycotts of British businesses, hunger strikes and other nonviolent methods, Ghandi went on to build the political movement to independence, which occurred in 1947. At that time, Great Britain decided to partition the Indian subcontinent into Muslim (Pakistan) and Hindu (India) areas.   Ghandi was against partition, believing that all the people of the land could learn to work together. He was advocating having the various political leaders that practiced the major religions alternate as Prime Minister and had urged that the first Prime Minister should be Muhammed Al Jinnah instead of Jawaharlal Nehru.  Ghandi was assassinated by a fellow Hindu in January 1948 who believed strongly in partition, Jinnah became Pakistan’s first Prime Minister and Nehru went on to lead India.

Although Ghandi never held public office, his influence on the modern development of India’s political and social system was profound.  Additionally he influenced others. In South Africa, Nelson Mandela followed the principles to break apartheid and here in the United States, Martin Luther King used Ghandi’s nonviolent methods to force the evolution of civil rights of African Americans in the 1950s and 1960s.

Ghandi’s memorial site is both beautiful and simple. Crowded with school children on the say we visited, it was a moment of peace and calm and thoughtful contemplation in a very busy week.