Yesterday, waiting in line in the subfreezing temperature for the REI garage sale to open, I started chatting with the woman standing in front of me. Probably not a surprise to anyone who knows me; I like to chat with people and hear their stories. This one is worth sharing.

Born in Romania over 50 years ago, the constraints of the Communist rule bothered her so much she planned to escape. We take travel for granted, and although we grumble quite a bit, we don’t make plans to leave because life is intolerable here. It is a bother to get a passport and perhaps we need a visa, but we can go go go, where ever and when ever, based on how we allocate our money.  Simple as that.  Imagine a life where travel to a place you’ve heard of, say Paris, is impossible.

But this desire to escape was not to see the sights. It was for the freedom we are so used to we don’t even think about it and we don’t appreciate it.

She wanted it. Together with 3 other people they got a raft and headed out. She didn’t know how to swim, but she had faith in God that she would be free.

They were caught and she was put in prison. She did not tell me how long. But she told me she tried again.

This time with 9 other people because the raft needed to be designed better and they needed more money. They used some of the money to buy a cottage by the sea and built the raft inside. She said if it was built outside the neighbors would have reported the activity to the authorities.  She did not bring her 7-year-old daughter. Leaving her behind was a painful decision, but she knew she could die in this attempt and did not want her daughter at risk. 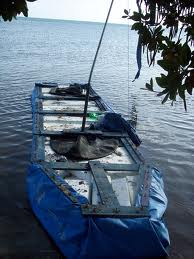 The little putt-putt motor they were able to obtain snarled in some fishing nets and broke, so they had to rely only on their sail. They managed, despite waves four stories high and constant seasickness for 10 days, to sail down the Black Sea to Turkey. She headed to the American Embassy and requested political asylum.

After three years in Turkey, she received her papers and was confident to travel back to Romania to get her daughter out. They then headed to Portland, Oregon where another friend was living.

She was an electrical engineer in Romania, but decided not to bother with the additional certification she would need here. She worked in an electronics factory and now is thinking, at 56, of going back to school to become a physical therapist. 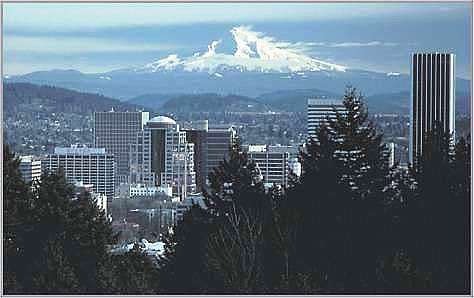 Her name is Cleopatra and she hikes and climbs Mt. Hood regularly. She appreciates the freedom to do what she wants here.