This past summer my job gave me lots of time to muse and daydream. One day I got thinking about the musical soundtrack of my life and the part music has played not only to entertain but to actually give hope and new ideas.

My dad had a fairly good size LP record collection and would turn on the stereo (well, it was probably mono in those days) to play softly while we ate dinner together. One day it was big band. Another classical. A third Broadway.   We lived close to New York City and I was lucky to have the opportunity to go to a good number of live concerts, ballets, opera and shows.  And finally, WABC was THE radio station for the newest songs and Cousin Brucie would remind us during the summer to “roll over” to keep that tan even while we were at the shore. (New Jerseyspeak for beach) 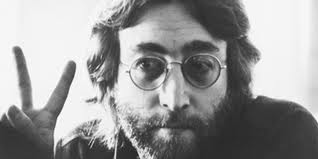 The late 60s and early 70s were a time many musicians used to capture us with their melodies and soon we were chanting political and ethical messages with them. Whether it was a gentle tunes of Peter, Paul and Mary or the pointed lyrics of Bob Dylan and John Lennon, we joined in and sang along.

One band that stood out for many reasons was Sly and the Family Stone. In a time when cultural identities were growing stronger, that band stood out because not only was there no attention to race, there was no

attention to gender. The band has always been a mixture and thereby, always spoke to each of us.  Songs like “Hot Time in the Summertime” and “Everyday People” were our anthems.  Not to say all of Sly and the Family Stones songs were easy going and bubblegum. Some pointed out where things still were not right, and other addresses a kind of adjustment to fighting those issues.  Again, as we have aged, we can very much relate.  We know this music. It was one of our soundtracks back then.

Believe it or not, Sly and the Family Stone are still performing. A high school friend of mine is trying to organize an event to gather in Oakland, California and celebrate the long historic contribution of this band. It is time to sit a while. Perhaps listen a bit on YouTube or Pandora. Get your groove back. Then think about how the music of your youth shaped you. This is a chance to say thank you!

Then go to the crowd funding site and see what you can pitch in to get this event moving. Crowd funding will help keep it very very affordable. Then put the event weekend on your calender. This is a GOOD trip to make to relive that time of our youth.  GO here to read more about the event.