This recent Supreme Court decision to rule in favor of Hobby Lobby limiting their employee’s medical insurance based on religious grounds opened up a lot of gray area. Justice Ruth Bader-Ginsberg expressed her concern and sure enough, before the week is out we are hearing about more corporations climbing on board this decision. One apparently wants to not offer ANY birth control to employees on religious grounds now, even though they have been for years.

I am not a legal scholar and so, can not manage to wade through the briefs without my eyes crossing. Perhaps someone who is a lawyer can explain the ethical grounds that apply now to this standing by the corporation that did not exist with the group insurance policy prior to the Affordable Care  Act? Since that policy offered all the same forms of birth control, why was there no issue then?

Some people are asking why Hobby Lobby sells products made in China, where abortion is much more common to end pregnancies than here. I understand that; it is the company’s profit margin. You like to shop there for the same reason. The stuff is pretty inexpensive. So you are not considering the ethical issues of your financial support. Maybe you should. 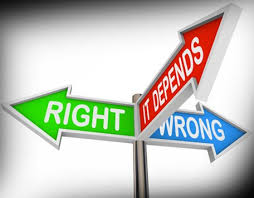 But I do think there is a reason to question why Hobby Lobby’s retirement accounts are invested in funds that include the very pharmaceuticals they are now decrying. I know they are investments that are strong with profits and growth. But is that moral? Or does a company that has set a standard for high ethics need to be consistent?

Or is the Almighty Dollar the one that is more important?

And don’t tell me that not everyone looks at what is in their retirement fund. I worked for an investment adviser so I know you are all supposed to read the prospectus. If you chose not to, you are relinquishing control over YOUR money. Is that what you like to do?

And one more question…these arguments by the people who so firmly believe that life begins at conception……how can you explain that a corporation, a legal form of organization, is a person? No heart. No soul. I feel an inconsistency here also.

Unless, once again, the Almighty Dollar is the most important and you use any means to seek out whatever loopholes can be found. It is the law, so it is okay?  At least as long as you agree with it? 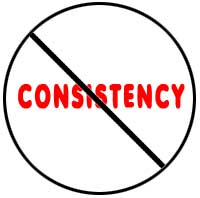 When I was pretty young I was aware of the Cold War, the nervous state of tension between the United States and the Soviet Union, because my dad was involved with the Civil Defense.

When I was a bit older, he was involved with the Civil Rights movement. We lived in a post WWII subdivision that had some unspoken rule about not selling to anyone of color. And there was my dad, hosting meetings in our dining room to the chagrin of our neighbors.

This photo was taken by my father on one of our many family trips. This one, in the South in the early 1960s.

Dad also helped push a new high school into being in our town and was the camp committee chair for the local Girl Scout council. If his wife and three daughters were involved, then by gosh, so would he be.

And so, my dad set the tone for service, community involvement and taking a stand on an issue when it is morally right even when it is against the standards of the community at the time.

So today we heard that the Supreme Court once again took the position that a corporation has more rights than its employees. You notice I did not say “female” employees. See, I believe since it takes two to tango, I think the men have been ducking their share of the responsibility for millennia and that is just a bit too long.

We are horrified seeing  fundamentalist Muslims impose Sharia law and yet do not recognize our own double standards.   Young girls are bombarded with ads for make-up and learning alluring posturing and then blamed for being provocative and now we have rape statistics on college campuses and in the military that are ridiculously swept into hiding with the victims being shamed for their role.  We parents have not taught our boys self control and respect.

We are sexual beings. We are animals with hormones that cause physical reactions in our bodies. We have men who take viagra or testosterone hormone therapy because the aging process naturally reduces their physical performance.  So men want to play, and, as always, women have to pay. It is our bodies who also go through multiple hormonal changes during our lives.  We women are not yet equal citizens but we carry more than 50% of the workload in this country.

What would happen if there was one day of solidarity and all women were on strike? I imagine we might get some attention? I also imagine some women would be beaten and some men would think that was justified.