It is conference season now….a very good thing for the winter as I spend the growing season in the kitchen and shuttling raw produce from and finished products back to the farms involved with my business, Can-Do Real Food.

Two weeks ago I attended the Northwest Food Processors’ convention in Portland with my husband Graham and my friend Jana. They have both been an integral part of providing their own expertise to this process and there are business cards being printed as I write this that names them as Vice Presidents of the business. That and $3.50 will get you a latte. LOL

Early this week I joined my daughter Lisa in San Francisco for the Fancy Food Show. Lisa is a promotional marketer and has been hired the past three years to work for a vendor. She suggested I attend last year but it was scheduled the same as the Portland event. So this year I got to go and saying OMG! is a dramatic understatement.  Not only is it a visual and gastronomic orgy of delectable foods of all types, but the amount of expertise in those humongous rooms was vast. For the most part, if they were not chatting with someone who might mean business to them, just about everyone was very willing to spend 5, 10 or even 30 minutes talking with me, answering questions. 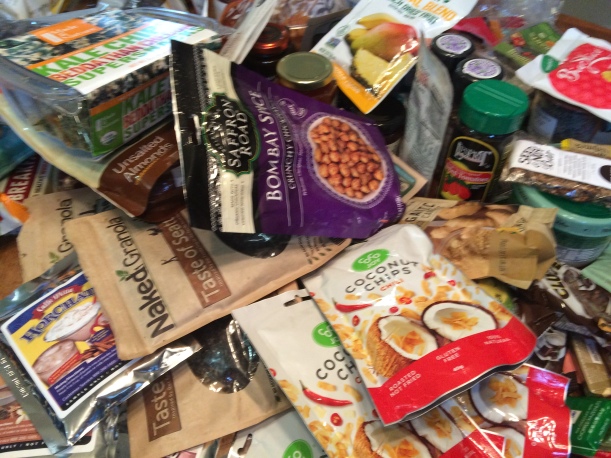 These are the goodies I brought home

For example, we have been working to produce a culinary syrup made from raspberries and lemongrass. The raspberries had been frozen…..no issue there. The lemongrass had been dried and while we got an amazing flavor, the clarity was not pretty. I chatted with about 5 vendors who produce lemongrass products and got a variety of suggestions…..and one worked superbly. Three cases of syrup processed this morning! 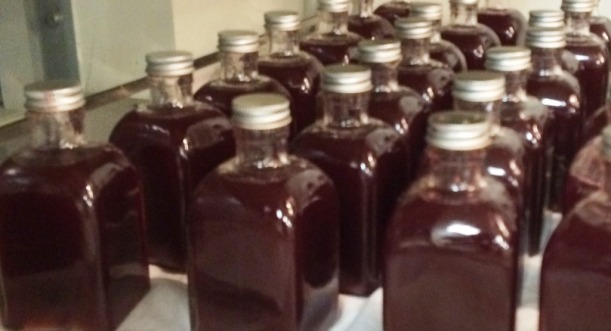 I met one vendor that I revisited twice more to make sure I let him know how much our interaction meant to me and to say goodbye.  He did not have any food….basically he helps develop packaging and he said he will send me info but that was not our discussion, really. It started like this:

Him: How are you?

Me: Fantastic…this is an amazing show!

We both cracked up. We sounded high and I guess we were. On the positivity that was around us. In the synergy that was flowing. The fact that we were in the middle of amazing food products and I, more than him, was slowly by surely, teaspoonful by teaspoonful, tasting my way figuratively around the world.

But what made this guy stand out is that is all the conversation was about. Choosing to live by finding and feeling the joy in life. When I asked what he does, he waved his hand a bit derisively saying, “pretty packages” .

I look forward to the info he sends.