Back in the late 90s I worked as an administrative assistant in the Vanderbilt Hospital office that maintained the electronic machines that go beep, among other things. One of the technicians had the opportunity to go to a training seminar out of state and was excited about that until he realized he would have to rent a car to get from the airport to the training site. (No uber or lyft in those days.)  He asked if I could arrange to get the department credit card for that expense. I presented his request to the supervisor who had an interesting reaction.

He not only immediately said no, as he was wont to do anytime anyone asked anything “nice” of him, but he then went on a demeaning rant about how anyone could be so inept with their own personal finances that they could not float a $500 expense that might take a month to get reimbursed. He not only had no understanding that not everyone he knew was as financially solvent as he was, but he had no empathetic ability to recognize times may be hard for others and what small thing could he do to help.

As I was myself in severe financial straits at the time dealing with a serious long term illness in the family, I could immediate understand the technician’s situation, and so, went to bat. We got the department credit card, the technician went on his training trip, and all worked out.   But the message hit home. Some people are so narrow in their view of the world that they have NO ability to recognize anyone may be different. And when that different worldview is thrust upon them, they refuse to learn about it, and so more easily want to brush it under the table. Make it disappear.

Unfortunately, there are a lot of people like that supervisor. Many are in positions of authority as he was, and so exert control with little signs of benevolence. Instead, they are judgmental and their aim to make people causing them problems disappear may not be hidden well.

Years before, sometime in the 1970s I read a book which stayed with me.  Triage by Leonard C. Lewin, published in 1973, was not a best seller and is not a spellbinding page turner but it is a view of a dystopian society where the government and individual corporations make decisions that can and will cause death of “stupid” people, “old” people, “sick” people, “worthless” people. 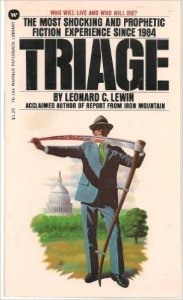 The one story I remembered from reading 40+ years ago was about how car manufacturers had come up with a motor that had NO unhealthy emissions and so would eliminate pollution. Sounded great as they they made their presentation to what is clearly recognizable as the EPA until someone finally asked a question they were hoping would go unasked. Simply, the revolutionary motor needed to be started with a proscribed sequence and if not done correctly would blow up. The manufacturers had rejected installing a switch in the car to inhibit imperfect start-up because then they would be accepting responsibility if it failed. The best thing they could offer is that it would only kill the driver who would be showing his lack of intelligence by not following instructions. Passengers would only be injured. The roads would then, they argued, have one less unsafe driver and so driving accident rates could be expected to decrease.

When I went to purchase the book recently to refresh my aging memory the reviews talked about how this is a libertarian viewpoint. Each person is responsible and no paternal oversight should be expected.  I don’t know about that but I do know there is something very much missing in the actions described in the book.

Today we are about three weeks into the new President’s administration and the view from here is one where decisions are being made without much thought about consequences.  It seems like backs are being scratched and the promise to clean up the government by “draining the swamp” is resulting in an exchange of self-interested people with long term experience for people who have paid for their new position and have considerably less experience and a demonstrated predominant display of self interest. 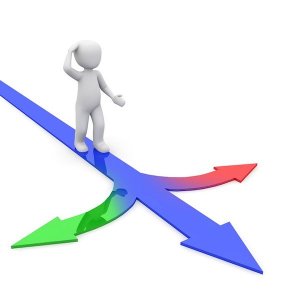 I am not inclined to buy into conspiracy theories but it is getting clear even to a Pollyanna like me that something stinks. We The People are not relevant to the people in power.  We WILL be killed off by restricting health insurance, astronomically raising the price of life saving medicine for increased profits,  eliminating environmental protections for water and air, allowing food to have increasing levels of potential carcinogens. Discussions about a new educational policy has not included improving work and life skills nor cognitive reasoning skills. We have been promised that rules restricting businesses will be reduced, thereby helping small business people, but the candidate to run the Labor Department has a long history showing he cares little about wages and work benefits. I fully expect more, not less regulations affecting my own business.

In addition, we are seeing the formation of a shadow administration.   We have a President who has already demonstrated he is unwilling to be informed to make decisions and thereby  relying on his advisers for their input.  In Steven Bannon we have a person who has a history of showing a very narrow definition of who is acceptable.  His advice to the president will ONLY be in their own best interest and those of their cohort.

The rest of us are expendable.  Get ready to play. You’re in the game whether you want to be or not. 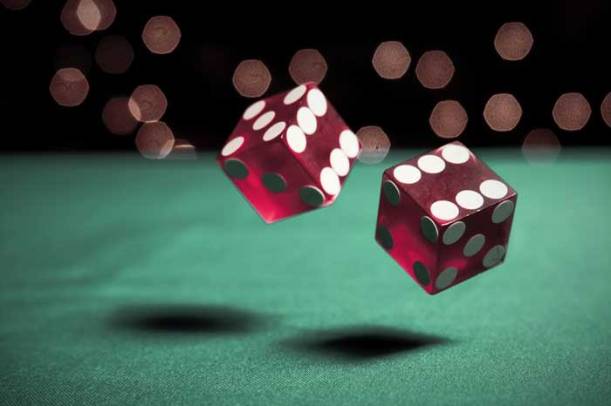